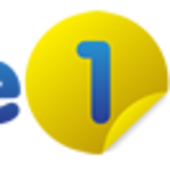 Sharee Fox, a new hip hop music artist, is pleased to announce that she is currently working on two new albums, producing and promoting two new hip hop videos, and planning a tour in Georgia. In addition, this busy musical artist is growing on the online music charts. On ReverbNation, an online music site launched in 2006 that focuses on independent artists and bands, Sharee Fox is ranking as the number one hip hop artist in her hometown of Fayetteville, NC and is in the 99th hip hop slot in the United States. These numbers are based on Band Equity™ statistics that ReverbNation gathers including: listeners, fans, downloads, and more.

Band Equity™ statistics have revealed valuable information to Sharee about her fan base and impact. In the last 60 days, Sharee has had over 38,000 visitors to her website and over 16,000 plays on her hip hop music videos. What’s more, she has had 10,734 unique listeners to her songs. She also gained 10,558 Twitter fans in that time period. Sharee is developing as an independent leader in new hip hop music.

One of the challenges that Sharee has faced is keeping the positive momentum going. “I’ve been planning on doing some shows and promotion sometime soon in Georgia” Sharee Fox explains. “Georgia is so close to North Carolina, but it’s a big potential fan base for my music.” As of now, 4.9% of her online fans are located in Georgia, compared to the 19% of fans located in North Carolina.

Between her rising popularity and other side projects, this working artist has plenty to keep her busy. Sharee says, “I’m working on two hip hop music videos, an R & B album, and my second new hip hop music album.” Her R & B songs have had enormous success on YouTube through the song “After the Love,” and she’s felt some pressure to keep delivering. But that doesn’t slow her down, as she explains, “I am just so thankful to my fans and family for all of their support. And I’m thankful to God for giving me the ability to make music that people can enjoy.”

About Sharee Fox
Sharee Fox represents North Carolina and the city, the home of the eighty-duce, Fayetteville (also known as Fayettenomb). She has been pushing out hip hop music videos, R & B songs, and bangers since early 2000. She describes her style as “So versatile, ranging from R & B songs, to hip hop music videos, to rap albums.” To find out more about her new hip hop music, or her upcoming tour, Visit Sharee’s website at www.reverbnation.com/shareefoxwess or find her on Twitter @ShareeFox.

This content is published on behalf of the above source. Please contact them directly for any concern related to the above.